Spending a weekend away from home with only a few weeks to go before departing for Antarctica is not a preferred situation. Business travel and training for a multi-stage desert race are usually not a good combination.

I am on a ten-day visit to Nairobi, and after four days of running on the treadmill in my hotel’s gym, the past two days provided me with an opportunity to go for a few training runs in the streets of Nairobi.

Running is a great way of exploring a city, especially if you have limited time for sightseeing. Wherever I travel around the world, I try and go for a run as often as possible to explore the local surroundings. I travel to San Francisco and Warsaw on a regular basis, and both are some of my favorite cities for training runs – the former for its hills and the latter for its beautiful parks.

I have been coming to Nairobi on a regular basis for the last few years and know the city and suburbs fairly well, but have never done much running here. However, my training for the Last Desert Race in Antarctica is now at a critical stage and I had to get some distance on my legs over the weekend. 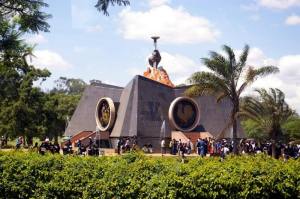 It was quite an experience running the streets of Nairobi. A combination of heavy traffic, including mini-bus taxis (called mutates) driving as if they own streets, and the absence of sidewalks in many parts of town, made it feel more like trail running than road running. But it was still better than running on a treadmill, and in the end, I covered more than 40kms. Combined with some cycling in my hotel gym, and I’m fairly pleased with my training over the weekend.

I’m spending a few more days in Nairobi, including hosting the Buntwani conference on Tuesday and Wednesday, and then it is back to Johannesburg and some serious running next weekend.