Akina Mama wa Afrika (AMwA) is a feminist pan-African leadership development organisation that was founded in 1985 by a group of visionary African women in the United Kingdom. It later relocated to Africa, with its headquarters based in Kampala, Uganda, and its activities covering Kenya, Rwanda, Democratic Republic of Congo, Central African Republic, Zambia, Malawi, and Swaziland.

AMwA envisions a world in which African women are politically, economically and socially autonomous and are champions of change in their lives and society. It aims to strengthen the individual and collective leadership of African women, forming strategic partnerships, to tackle patriarchy and attain gender equality and women’s empowerment for a just and secure Africa. Its work is rooted in feminist principles and beliefs guided by the Charter of Feminist Principles for African Feminists which define its leadership development programme and movement-building activities.

AMwA believes that if feminist and transformational leadership capabilities are enhanced, feminist research and knowledge is applied, women’s rights networks and strategic partnerships are strengthened for sustained engagement, and African women’s voices are amplified in critical spaces, then a critical mass of feminist leaders will be developed and women’s political, economic and social status will be improved.

AMWA provides strategic direction in key pan-African networks, including the NGO CSW Africa, Solidarity for African Women’s Rights, and the Gender Is My Agenda Campaign. AMwA also has consultative status with the United Nations Economic and Social Council. 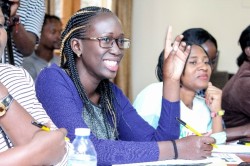 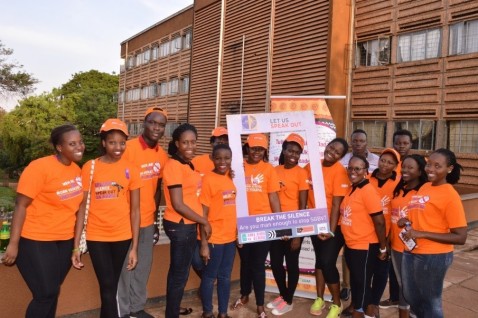 Since the launch in 19997 of AMwA’s flagship programme, the African Women’s Leadership Institute (AWLI), more than 5000 women have participated in training at national, sub-regional and regional levels. The alumnae bear testament to the positive impact of the AWLI in their personal and professional lives, having deepened their conceptual and theoretical basis of feminism and its relevance to development in Africa. AWLI alumnae have been very instrumental in active lobbying and advocacy for policy and practice changes, and have gone on to occupy positions of leadership in their countries.

In partnership with like-minded women’s rights organisations and key stakeholders, AMwA has contributed to strengthening African women’s voices at the African Union, including the ratification, domestication and effective implementation of the Protocol to the African Charter on Human and People’s Rights on the Rights of Women in Africa. Given its role in influencing the zero tolerance campaign on sexual and gender-based violence in the Great Lakes Region in 2011, and establishing eight national CSO structures in member states, AMwA also continues to monitor the implementation of the International Conference of the Great Lakes Region Pact on Peace, Stability and Development in the Great Lakes Region. Through support to the African Feminist Forum at the regional level, and at national level in Uganda, AWwA also contributes to the strengthening of feminist voices and aspirations.

Unfortunately, progress made in the policy environment has not been matched with implementation or enforcement of laws which have been introduced in most African countries. Deeply-rooted structural obstacles such as the dominance of patriarchy, exemplified by the unequal distribution of resources, power and wealth, combined with social institutions and norms that sustain inequality, are holding African women and the rest of the continent back.

Religious fundamentalism continues to push Christian and Islamic ‘values’, and the use of culture and cultural practices, as excuses to perpetuate discrimination, challenge the growth of feminism, and further entrench patriarchy, with great influence on young men and women. Deepening conflicts and militarisation have led to widespread sexual and gender-based violence, both in conflict and non-conflict situations, thereby impacting on the ability of women to attain positions of leadership. Yet, in the face of this violent extremism and the resulting humanitarian crises, a focus on women’s leadership appears less urgent. Additionally, there is a growing backlash against women’s rights with the emphasis on economic empowerment, instead of rights.

Globalisation, new technologies, and the opportunities they offer, pose new and different challenges for women, and call for a change in approach and focus for development and women’s rights organisations. This, coupled with shrinking donor funding, has created a crisis for many civil society and development organisations such as AMwA, thus requiring them to explore alternative and innovative ways of mobilising resources.

This is the twenty-fourth NGO profile of my #NGOs4Africa Campaign.